Through its agreement with UNICEF, ICMC has deployed child protection experts to Ramstein, Germany and Doha, Qatar to support the evacuation of Afghan children to safety in the U.S.

When the U.S. suddenly withdrew its troops from Afghanistan in August 2021, thousands of Afghans affiliated with the U.S. government were evacuated to U.S. military bases in Doha, Qatar and Ramstein, Germany. The bases served as transit points for their onward journeys to the U.S. According to the United Nations International Children’s Emergency Fund (UNICEF), approximately 270 of the Afghan evacuees were unaccompanied or separated children in need of protection and durable solutions.

To boost its emergency response to this unprecedented situation, UNICEF turned to its Standby Partners to provide child protection support for family tracing, family reunification and case management. The International Catholic Migration Commission (ICMC) stepped in through its Deployment Scheme to rapidly provide emergency child protection expertise for the Afghan unaccompanied or separated children evacuated to Doha and Ramstein.*

ICMC deployed five child protection experts at short notice: two to Ramstein and three to Doha. They joined UNICEF’s child protection response plan, and focused on assisting family tracing and reunification and the identification of unaccompanied or separated children.

Alfonso Masso, one of ICMC’s experts in child protection, was instrumental in identifying children at risk, conducting best interest assessments and liaising with authorities in the field and in the U.S. to ensure their needs were addressed as soon as they arrived at their destinations. Within a few weeks, the Ramstein team had identified 142 unaccompanied or separated children.

“Together with a group of fantastic colleagues, we worked against the clock and 7 days a week while the children and their families were being transferred,” Masso recollects. “It was exhausting, [but we ensured] that each child boarded the plane with proper identification and needs assessment [in place].”

Through their collaboration with social workers in the U.S., ICMC’s experts mitigated the risk of family separation for children who were not traveling with their parents. They ensured that arrangements for these unaccompanied children were in place before their arrival in the U.S., and assisted each child through expedited processes to establish short and long-term care arrangements.

“Using a child-friendly approach, we helped to reduce the uncertainty and anxiety faced by unaccompanied children once they arrived in the U.S.,” says Masso.

In Doha, ICMC has strengthened UNICEF’s emergency response plan through the short-term deployment of two child protection experts. One led the UNICEF Family Tracing and Reunification team, working in close collaboration with protection teams from the International Organization for Migration, other UNICEF staff, and colleagues from the U.S. Bureau of Population, Refugees, and Migration.

This effort involved liaising with third country governments to identify alternative family reunification pathways for unaccompanied or separated children. It also involved serving as a UNICEF focal point for the Qatar Charity to ensure that protection needs were identified and all children received counselling.  The ICMC expert also played a lead role in establishing a Best Interest Procedure for the remaining unaccompanied Afghan children in Qatar.

ICMC deployees in Doha collaborated with staff at UNICEF’s headquarters to establish data assurance and management systems and facilitate the effective handover of cases after relocation to the U.S. They also collaborated with the International Committee of the Red Cross in order to assist relocated children with family tracing services and the restoration of family links.

“The major achievement during this deployment was seeing Afghan unaccompanied minors prepare to board their plane to the U. S.,” says Jane Gombe, one of ICMC’s Doha-based experts.

*The Deployment Scheme is a partnership between the UN Refugee Agency (UNHCR) and ICMC, through which ICMC deploys experts in resettlement, child protection, and sexual and gender-based violence to field operations around the world. ICMC’s roster of child protection experts includes persons with expertise in case and data management, and many come with additional language skills.  In view of this diversity and expertise, UNICEF and ICMC signed a Standby Agreement in August 2020 for ICMC deployees to enhance UNICEF surge capacity.

A version of this article was first published in UNICEF’s 2021 Annual Report. 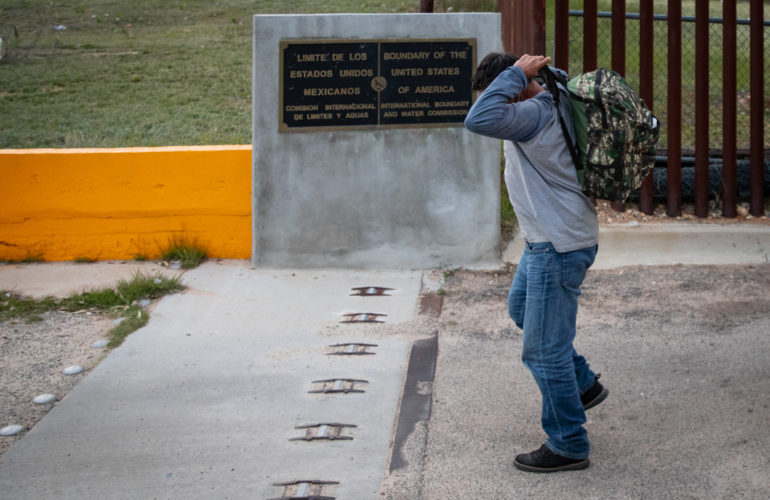