In 2019, the International Catholic Migration Commission worked and spoke in solidarity with migrants and refugees worldwide, providing them with protection from violence, emergency assistance and with the means to live in dignity.

Over the past year, ICMC assisted and advocated for the rights of migrants and refugees worldwide. Our online Annual Report 2019 showcases stories of resilience and hope that reflect the impact of our efforts on the lives of people on the move.

Pope Francis called on all of us “to examine our attitudes towards people on the move – to reject fear and embrace compassion”. Under his guidance, we “stood, acted, spoke and worked in solidarity with refugees and migrants around the world,” says ICMC Secretary General Msgr. Robert J. Vitillo.

In Pakistan, we provided basic medical assistance to over 38,000 Afghan refugees living in 11 camps. Refugees like Palwashay, 28, who nearly died delivering her first two children at home without any formal medical assistance. With the help of a Traditional Birth Assistant who works with ICMC, Palwashay was able to safely deliver her third child – a daughter – and access follow-up care.

ICMC continued to prevent sexual and gender-based violence and protect survivors. In Malaysia, ICMC accompanied over 500 survivors, providing counseling, shelter and emergency funding as needed, while the team’s awareness-raising sessions reached over 2,000 refugees.

In Jordan, nearly 6,500 children attended activities at ICMC’s Child Friendly Spaces, which provided them with a safe place in which to learn and play. Among them was Hussam, a boy with impaired speech and mobility; Hussam began to come out of his shell, thanks to our integration program for children with disabilities.

ICMC worked to increase opportunities for refugees to start a new life in peace. Our Resettlement Support Center in Turkey and the Middle East continued to provide resettlement processing and associated services for the U.S. government and we began expanding our work to assist the European Asylum Support Office’s new Resettlement Support Facility in Istanbul.

Through its Deployment Scheme, ICMC deployed 109 experts to operations of the UN Refugee Agency, UNHCR.  Bharat Gautam was one of these resettlement experts. The resilience of the refugees he interviewed ― people forced to flee their homes yet who stood before him determined to rebuild their lives ― inspired him. “We are able to give them much-needed hope,” Gautam feels.

ICMC also deployed 112 experts to support UNHCR and national authorities in Greece. They helped respond to the international protection needs of some 74,000 newly arrived refugees and migrants, over one-third of whom were children.

ICMC continued to work for a new narrative on migration and a more just legal framework for people on the move. At the international level, ICMC called on States to lead the implementation of the Global Compact for Migration and coordinated civil society efforts at the Global Forum on Migration and Development for fair treatment of migrants.

“Throughout 2019, we saw some important progress. But we also saw, too often, that the solidarity which inspired the Global Compact remains very fragile,” says ICMC President Dr. Anne T. Gallagher. “In these perilous times, we must have faith in the ideal of human solidarity. And we must be prepared to do more.”

ICMC advocated for increasing the number of refugees admitted to the U.S. and the European Union. ICMC Europe helped introduce new communities to resettlement, preparing them to welcome refugees; it likewise urged States to create complementary pathways to safety in the EU.

We helped strengthen relations between our members, the Conferences of Catholic Bishops worldwide. Seventy representatives gathered at the ICMC Asia-Oceania Working Group meeting in Bangkok in December. They exchanged good practices and increased collaboration to protect migrants, refugees and survivors of human trafficking in the region.

All this work would not have been possible without the contribution of ICMC’s devoted staff and volunteers and the support of our institutional and individual donors. To each one of them, we express our heartfelt gratitude. 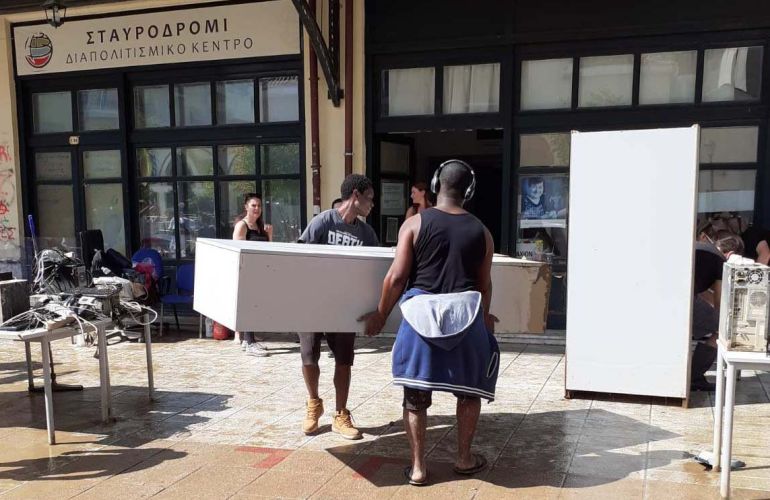