At the invitation of the Migration Commission of the German Bishops’ Conference and the Archdiocese of Cologne, ICMC representatives joined the first European meeting of the Santa Marta Group against human trafficking. The 8 and 9 February 2022 online meeting  opened on the feast day of St Josephine Bakhita and of the worldwide day of prayer for the victims of trafficking and modern slavery.

The Santa Marta Group, of which ICMC is a member, is a network of bishops, police chiefs, government officials and civil society united in fighting human trafficking and modern slavery. It was created in 2014 at the invitation of Pope Francis, who has made the battle against human trafficking a priority of his pontificate, calling it “an open wound on the body of contemporary society, [… and] a crime against humanity”.

The group’s first European meeting brought together over 100 participants from 23 countries to discuss cooperation between its members and identify concrete actions to be taken by the Church and its partners in Europe. For this purpose, an action plan was presented and discussed, identifying eight priority areas for joint action so that “human trafficking [would] not be profitable”, as called for by Auxiliary Bishop Ansgar Puff, Chairman of the Human Trafficking Working Group of the German Bishops’ Conference, in his opening remarks.

The Church as a key actor for change

Recognizing the need for collaboration of actors “across borders and sectors”, the group also highlighted the essential role the Church can play in the fight against modern slavery – as provider of services and support for survivors of human trafficking, but also as an employer, consumer, and actor of change which can help raise awareness of its members and the broader public. The need for the reality of human trafficking and exploitation to be recognized in “the center of society so that the crime is seen and understood as a problem” emerged as an urgent priority for all members of the Santa Marta Group.

ICMC in the fight to prevent the root causes of trafficking

Church-inspired organizations can also have a direct impact on human trafficking by acting to help eliminate its origins, as was pointed out during the conference. ICMC has made the fight against modern slavery a key priority for the organization and its members, the conferences of Catholic bishops worldwide.  During meetings of regional working groups among its national members, ICMC has urged an agenda to address human trafficking and expand support to trafficking survivors.

At both global and national levels, ICMC and its members specifically target the root causes of greater vulnerability to exploitation and/or trafficking. These can include extreme poverty and violations of human rights, lack of birth registration and other documentation, lack of child protection, or insufficient access to education, and early or forced marriages. By providing support for survivors of gender-based violence, working to raise community awareness of the dangers of human trafficking,  and educating vulnerable groups on their rights, ICMC acts at the community level to protect the most vulnerable.

Finally, advocating with governments at the global and national levels for better protection of migrants and refugees is an important part of ICMC’s work that can contribute to reducing vulnerabilities and risks of exploitation around the globe.

All have a responsibility to play to eradicate modern slavery; the members of the Santa Marta Group were called to “lead by example” to drive change by Kevin Hyland (OBE), Special Adviser to the Santa Marta Group, and Irish member of the Council of Europe’s Group of Experts against Trafficking in Human Beings (GRETA). The conclusions of the conference will be incorporated into the draft action plan and presented for implementation and evaluation at the next international meeting of the Santa Marta Group. 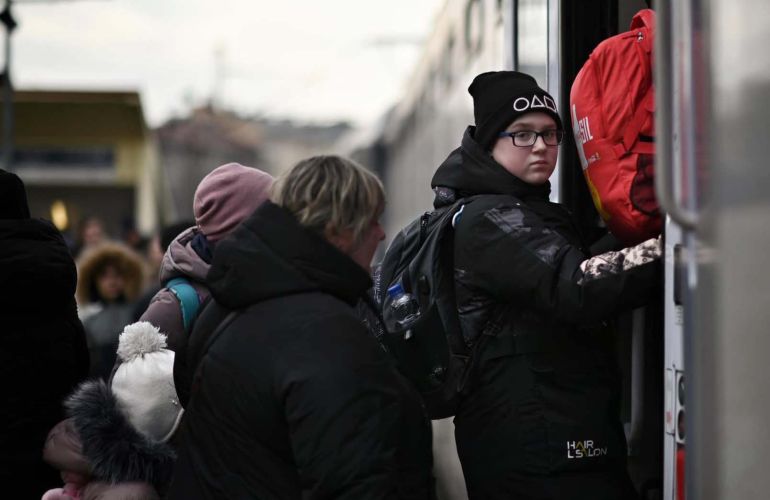