In 2018, the Basque regional government in Spain decided to embark on a community-based refugee sponsorship initiative. With the help of the regional and national governments, civil society organizations and volunteers, they brought 30 refugees from Jordan to Spain.

Monika Hernando Porres is the director of the Victims and Human Rights Section of the Basque Country regional government. The section deals with victims of terrorism and human rights abuses, but is also responsible for the reception and integration of refugees and asylum-seekers.

In 2019, the Basque country was the first autonomous region in Spain to embark on a community-based refugee sponsorship scheme. Ms. Hernando presented the experience in a governmental panel at the SHARE Conference in Brussels in October 2019 and gave us more details about her government’s involvement in refugee community sponsorship.

[Monika Hernando Porres] The central government in Spain is responsible for refugee resettlement, relocation and the granting of international protection, which means that the regions have no direct competency. Refugees and asylum seekers are distributed throughout the Spanish territory without taking into account criteria such as population, unemployment and the economic situation, among other things. The distribution system is largely dependent on the capabilities of civil society organizations of in specific municipalities.

The Spanish central government is committed to welcoming a certain number of refugees through resettlement and is working on this, though there are delays. When resettled refugees arrive, they enter the regular asylum system like any other asylum seekers who arrive by their own means.

When refugees are received in the regional territory, the regional government begins to assume responsibilities for their hospitality, education and health. In the Basque Country, we are receiving refugees coming through the central government scheme. But we saw a need to engage further in this area via a pilot experience of community-based sponsorship which we proposed to the central government. And our proposal was accepted.

How did you develop the proposal?

We developed it with the UN Refugee Agency (UNHCR) in Spain, which supported us right from the start. To see how different countries engage in community-based sponsorship, we also met with other governments like that of Canada and with the Global Refugee Sponsorship Initiative. We wanted to learn from others’ experiences.

Other than the UNHCR, we also designed the proposal in collaboration with two strong civil society organizations, Caritas and Fundación Ellacuría, which is part of the Jesuit Refugee Services (JRS). We were seeking the support of civil society organizations and wished to be able to count on their experience and expertise and these two organizations have long-standing experience in the reception and integration of refugees. We also knew that both organizations are solidly present in the territory and can count on a wide network of volunteers, which is fundamental for embarking on the pilot community sponsorship program.

After many meetings, we decided on the shape we wanted this pilot project to take. We formalized our mutual decision with an agreement, which was signed by all five actors involved: the central government, the Basque regional government, UNHCR Spain, Caritas and JRS.

From an agreement, how did you go about actually receiving refugee families?

Deciding to start with a relatively small group, we welcomed five families – a total of 30 people – in five municipalities. Caritas and JRS were in charge of finding the municipalities which were ready to participate. This depended on available housing and the existence of a volunteer group able to take over the sponsorship arrangements and to support the families.

Once the groups and municipalities were identified, we organized a training course for all those engaged in the initiative with the help of the University of Ottawa. They elaborated their reception projects tailored to the specific profiles of the families they were planning to receive. The plans were assessed and approved by all the actors involved.

In this first project, all the families were Syrian refugees living in Jordan, although this was not a pre-condition of the agreement. We tried to make it an “extra” to government resettlement efforts, but did not succeed. However, we still hope that community-based sponsorship efforts could become additional to the central government resettlement scheme in the future.

When did the families arrive and how did it work?

They all arrived on 26 March 2019. I was lucky enough to be among the people who went to pick them up at the airport and it was a very emotional experience.

In Spain, resettled refugees arrive at military airports and the contrast between this setting and the people arriving is quite stark. I could read doubt on their faces, the sadness of leaving relatives behind, the uncertainty of not really knowing what to expect. It was a very powerful moment.

How are things going now?

It has been a little over six months since they arrived and today things look very different. A few months ago at one of the latest meetings with them, I saw that their faces had changed a lot. People seemed happier, more hopeful, even though of course there are still many difficulties in their lives.

I can give you the example of one family: a father with two children. He left two married daughters behind in Jordan. As you can imagine, it is very hard for them to be separated. Nevertheless, this family is now very active, engages a lot in all the initiatives organized. They are happy and hope to be able to see the rest of their family in the near future.

Today, the groups of volunteers, the entities involved and the families themselves take a very positive view of the experience.

What are the plans for the future?

The program is meant to provide support during two years – which does not necessarily mean that on the 25th month everything disappears and people are left to fend for themselves. But in any case, there are worries and expectations about what will happen at the end of the program.

We still have a year and a half of full support and the emphasis is on reinforcing the families’ autonomy and independence on their integration journey with all-round support.

Right now, the responsible central government Ministry is committed to extending this experience to all regions in Spain. We have met with the regional government of Valencia, which is considering putting a similar scheme in place. We hope that in the next months, more and more regions will take part in this experience.

It has shown the potential of community-based sponsorship in terms of sensibilization and education of the broader population. We can see this happening already. The volunteer groups are very well connected to their respective social environments in the neighborhoods or villages where they live. Thus, the groups keep growing as new actors join to support the families. This is incredibly encouraging.

As for the Basque Country itself, we would like to expand the program to receive more families and to get more municipalities involved. And also that community sponsorship becomes additional to the central resettlement program. 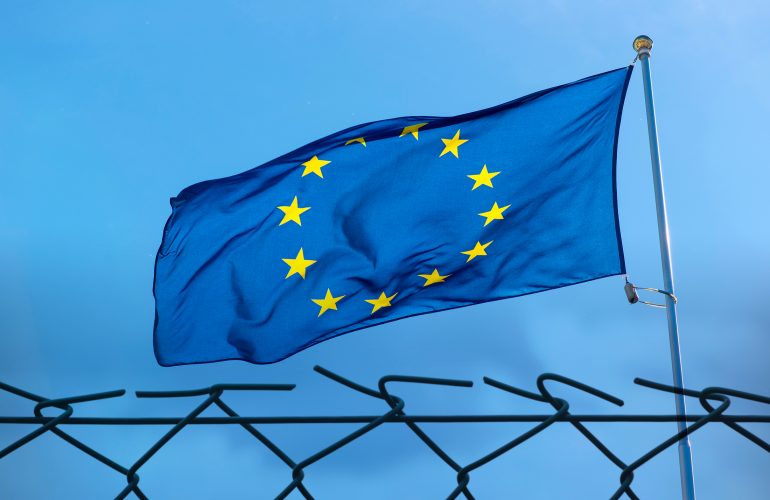 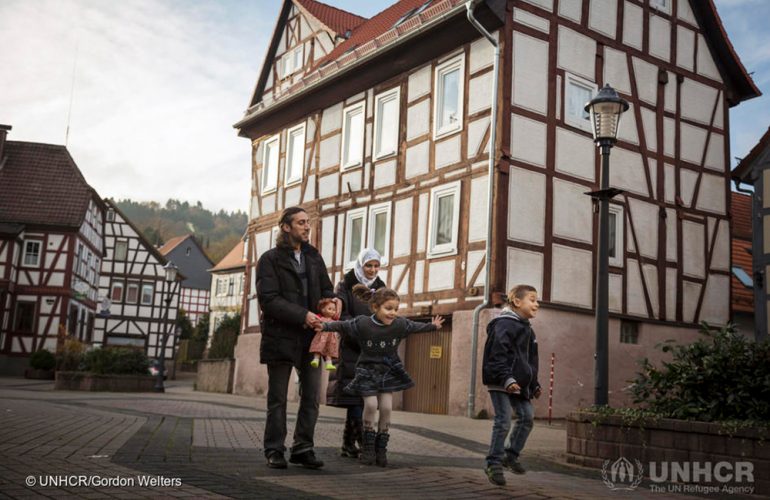 Catholic-inspired organizations are urging the German government not to suspend humanitarian admission procedures for refugees during the COVID-19 outbreak. They…