Fr. Fabio Baggio, Co-Undersecretary of the Vatican’s Migrants and Refugees Section, is attending the Global Forum on Migration and Development Summit in Quito, Ecuador. We caught up with him to hear about his expectations for the event.

The 12th Global Forum on Migration and Development (GFMD) Summit is underway in Quito, Ecuador, from 21 to 24 January. Government officials, civil society representatives and business leaders from around the world are meeting to find collaborative solutions to migration and development-related issues.

“The Holy See is participating in the Global Forum on Migration and Development as a concrete expression of its engagement in multilateral dialogues,” says Fr. Fabio Baggio, Co-Undersecretary of the Vatican’s Migrants and Refugees Section, who is attending the event.

Fr. Baggio hopes this year’s GFMD Summit will allow the different stakeholders represented in Quito to define how the Global Compact for Migration may effectively become a tool for the world governance of migration. He is glad to see governments willing to join forces with non-governmental organizations and the private sector to find innovative solutions to migration-related issues.

The Global Compact for Safe, Orderly and Regular Migration is a ground-breaking international agreement adopted by 152 States, including the Holy See, in December 2018. If implemented correctly, it has the potential to save lives, prevent human trafficking, and reduce vulnerabilities faced by migrants.

To promote the Catholic understanding of global migration governance, the Migrants and Refugees Section has produced a booklet titled 20 Action Points for the Global Compacts. The points are grounded in the social teaching of the Church and particularly in three principles. “The first,” says Fr. Baggio, “is the centrality of the human person.” Any Political exercise should always put people at the center.

The second is human dignity, which is based on the uniqueness and unrepeatability of each person made in the image of God. “We are unique and unrepeatable because God wanted us to be so, and this kind of unicity of a person is also what gives the dignity to the person,” he adds. Dignity is at the center of integral human development, and a vital focus of Social Catholic Teaching.

The third point that Fr. Baggio hopes to see spotlighted during the GFMD discussions is the importance of upholding fundamental human rights of all, a theme in which the Catholic Church has always been very proactive.

Fr. Baggio wishes to see the GFMD leading to decision-making processes that go beyond national priorities and focus on the co-responsibility of global issues. “It is not just my country; it is my country within the world. The world that is a creation of God, which has been given to administer to the world leaders. They have the responsibility of being good stewards of the Earth,” he says.

“From the Catholic perspective, we also strongly believe that whatever resource is in the Earth is given not only for some but for all,” says Fr. Baggio. “The fair distribution of world resources is the responsibility of all leaders. Pope Francis has said many times that, unfortunately, resources are being unevenly distributed today, with few people enjoying most of them, and a lot of people just left with the scraps.” 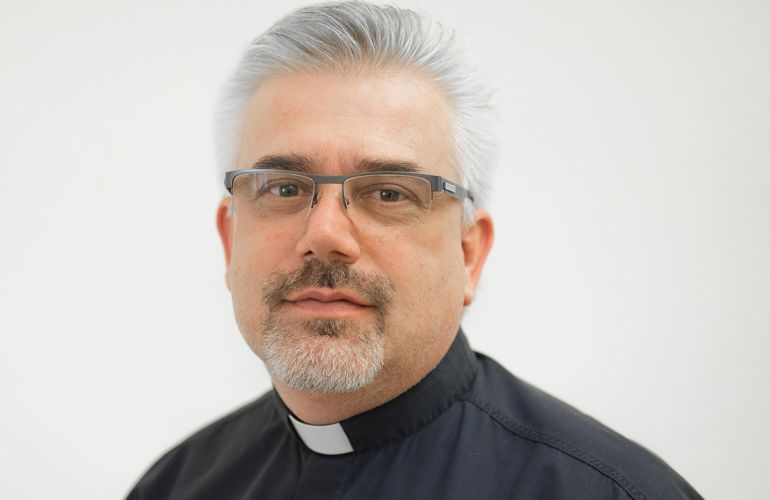