Declared by the United Nations General Assembly “a day to celebrate the role of the migrant and the contribution that migration brings to development”, 18 December – International Migrants Day – also represents an occasion to reflect on the difficult situations faced by migrants all over the world who struggle with poverty, violence and incredible hardship, and yet are not easily heard of in headline news.

This is the case, for instance, of the many Haitians who have tried to make their way towards the United States – some of whom ICMC’s US Head of Office, Jane Bloom, has recently met in Mexico.

For the last six months, thousands of Haitian refugees have been arriving at the California-Mexican border, a population and an influx of a magnitude not seen before. And the flow has not stopped since. “At this moment, I do not feel it is an exaggeration to say we have a legitimate refugee crisis at the border,” said Father Pat Murphy, a priest who has long been in charge of the “Centro Scalabrini – Casa del Migrante” migrants’ shelter in Tijuana, Mexico. On the evening of May 26th, the mission of the Casa del Migrante went from serving only immigrants and deportees to also include refugees.

In November, Fr. Murphy led a delegation to examine and call attention to the situation of the Haitians on the border, accompanied by representatives of Catholic religious, diocesan, and social service groups, including ICMC’s Jane Bloom. “I think this photo says it all,” Bloom said, pointing to a chart posted next to a big pot of potatoes in the shelter’s kitchen. “It lists the number of men served at the shelter on the day we arrived: 85 Haitian asylum seekers (asilados in Spanish) and 59 Mexican migrantes. So on that day, a total of 144 were served – or four people over the 140 daily bed capacity.” All are permitted to remain for 14 days.

Women and children are served and sheltered at Madre Assunta by the Scalabrinian sisters next door. The shelter director, Sister Adele Contini, said that she is facing the same Haitian surge, with their numbers also exceeding bed capacity almost every night. She sits in front of a stack of thin foam mattresses which are laid out on the floor of a big meeting room, when the bedrooms are taken. One Haitian child of about two years of age was sleeping peacefully on such a mattress in the space where the delegation met. Madre Assunta is now getting accustomed to these family units (with husbands next door) but it was something unique for them before the Haitian influx began.

Nationally, the United States had a 500% increase of Haitians admitted this year, but that percentage is more than doubled in San Diego, the American city just north of the border section visited by the delegation. It is estimated that some 2000-3000 more are now waiting in shelters at or near the border visited. And, once in the USA, the percentage of Haitians served by the United States Conference of Catholic Bishops’ (USCCB) Cuban-Haitian Entrant Program (CHEP) has increased significantly: from 2-3% to almost 25%, according to Carlos Naranjo, Assistant Director of the national CHEP program. “As a result,” he explained, “our CHEP partner, Catholic Charities of San Diego, has increased its client intake almost fourfold with those resettling in the area.”

Why the flight? Following the 2010 earthquake, thousands of Haitians took refuge in Brazil, where they found jobs in the construction and hospitality industries, with government work permits, as part of the World Cup and Olympics boom. Now the jobs are gone, and the families are suffering. The majority have crossed over 10 countries to get to Tijuana – an arduous, dangerous route. Some said Nicaragua was the most difficult because the smugglers charged thousands of dollars to cross borders. The delegation learned that, though some of the arriving Haitians will be paroled into the USA and others will get asylum, many more will be deported back to Haiti; for those who still have status in Brazil, they will be given the option of returning to Brazil. In the brief aftermath of Hurricane Matthew in October of this year, when over 500 Haitians lost their lives, the United States government temporarily suspended deportations. It has now once again tightened immigration policies.

“We were so impressed and proud of the Catholic response at these shelters,” Bloom concluded. “Each person we interviewed was clearly treated with dignity and respect, regardless of his or her legal status or circumstances. And in Father Pat, they have a tireless advocate who champions their rights”. A week after Bloom’s return, he had just issued a joint statement to the Mexican authorities protesting recent government actions which restrict access to the right to seek asylum.

To learn more about ICMC’s activities promoting the wellbeing and empowerment of migrants all around the world, visit our Program pages and the website of the ICMC-led Migration and Development (MADE) Network. Also read about ICMC’s advocacy work in the framework of the recent United Nations’ Summit on large movements of refugees and migrants. 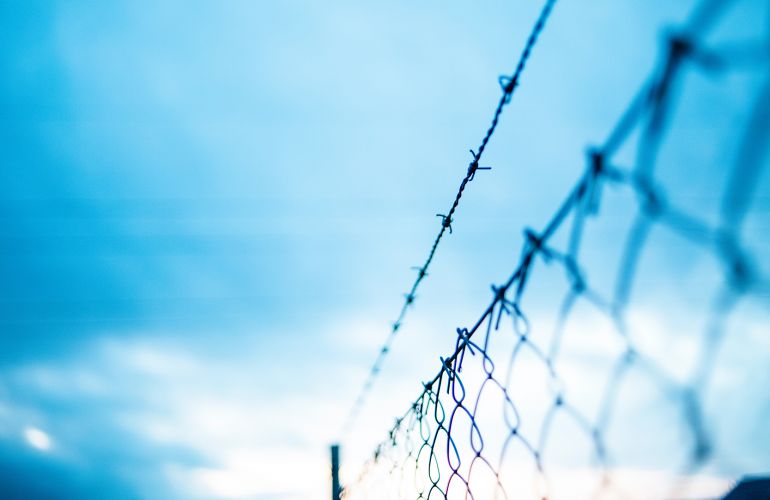