When poverty is rampant, labor opportunities are lacking and channels for legal migration are scarce, irregular migration appears to many as a viable alternative for a better life and a way to fulfill their family’s needs. This is the case in many West African countries, including Senegal.

According to European Parliament estimates, more than 10,000 Senegalese tried to migrate to Europe via Libya and Italy in 2016 and another 6,000 did so in 2017. To these figures one should add those who attempted to migrate via Morocco and Spain, a route for which no statistics are available.

Since smugglers or traffickers run most migration routes, people who want to leave their countries at all costs may find themselves in situations of exploitation in their countries of destination or while in transit.

Figures concerning victims of human trafficking are hard to come by. However, trafficked Senegalese migrants are found in Middle Eastern and Persian Gulf countries. In the latter case, the victims are mostly women who have been deceived with promises of decent employment but end up in situations that amount to forced labor.

A relatively small West African country, Senegal has a population of about 15 million people. It is estimated that over half a million Senegalese live outside their country. In the early 2000s, Senegal put in place policy and legislation on human trafficking. However, very little exists on the smuggling of migrants or labor migration.

The International Catholic Migration Commission’s Europe office has engaged Senegalese civil society organizations through its MADE (Migration and Development) West Africa program. The goal is to strengthen their expertise and capacity for advocacy and to develop cooperation between civil society actors and local and regional government officials.

In January, ICMC Europe and the Senegalese organization DIADEM (Diaspora Développement Éducation Migration) organized a seminar attended by high-ranking police officers, civil society organizations, academics and associations of returnee migrants. The seminar took place at La Pouponnière (the Nursery), an institution run by the Sisters of the Franciscan Missionaries of Mary in Dakar.

The seminar focused on positive and negative practices of recruitment of migrant workers, that is, recruitment with or without legal and protective frameworks. It also discussed the current legal framework for migration and what can be improved. Participants agreed that policies on international labor migration are critically absent from those frameworks.

“Human trafficking and migrant-smuggling is heavily impacting mobility outside our borders,” says Fambaye N’Doye from the trade union UNSAS (Union Nationale des Syndicats Autonomes du Senegal). “There is a chain that goes like this: illegal migration brings about migrant-smuggling, which can lead to human trafficking. We must break this cycle and work on a real labor migration policy.”

After two days of lively discussions and exchanges, seminar participants outlined an advocacy road map to be followed by Senegalese civil society organizations in order to frame and strengthen national measures on labor migration.

Implementing such a policy and legal framework requires the cooperation of international partners, including European states, which are countries of destination.

“It takes two to tango,” says Agnès Bertrand, MADE West Africa program manager. “The involvement of European states and institutions is one of the goals of ICMC’s advocacy efforts in favor of safe and legal pathways for migration to the European Union.”

Working With the Grassroots

Young people who wish to migrate need to know what lies ahead of them. They need to be aware of their rights as potential migrants and the opportunities available when they return to their home countries after their migratory experience. To achieve this purpose, DIADEM has set up a program called “CASA (Centre d’Appui, de Soutien et d’Assistance) Migrants.”

CASA Migrants informs potential and returning migrants about their rights and puts them in contact with public services and associations working in the field of employment or employability. It also sensitizes potential migrants about the risks of trafficking, particularly in the context of irregular migration. Finally, CASA Migrants advocates for policies and legal frameworks that encompass these issues.

“CASA Migrants is about giving free advice, avoiding false promises and mirages. We do not ask for any paper or money,” says Badara N’Diaye, president of DIADEM. The project, sponsored by ICMC Europe, has been established in Dakar, the capital city, and in Saint Louis, one of Senegal’s largest cities, in partnership and with the backing of local authorities and grassroots associations.

When it comes to “potential migrants,” DIADEM organizes information sessions for young people in training centers and secondary schools. DIADEM staffers explain what a work contract is, what it needs to include and warn against the practices of traffickers. They also discuss opportunities for migration within Africa and the risks of irregular migration to Europe.

One of these sessions took place at the Center for Education and Social Promotion Keur Mame Fatim Konté in Saint Louis and was attended by about 50 young women. When asked if they wanted to live and work abroad, more than half raised their hands. The countries they dreamed of were France, Switzerland, the United Kingdom, Canada and the United States.

Then, the facilitators started asking questions.

—How do you get to the United Kingdom?
—With a pirogue, a young woman responded (a pirogue is a dugout canoe, traditionally used by fishermen).
—And why do you want to go to the UK?
—To learn English and because I like what I see about it on TV.
—And how do you go to France?
—By truck, boat or plane.
—And how do you go to (Guinea’s capital city) Conakry?
—I don’t know.

Organizers hope that this hour-long discussion with the young women will help dispel myths about the Western “way of life” and prompt further discussion within their families.

An Air and Border Police Commissioner working at the border between Guinea and Mauritania (Rosso Senegal) stressed how difficult it is to deal with irregular migration.

“Every day we see these kids passing through,” he explained. “Sometimes I try to talk to them, describe the living conditions in Morocco, the deaths at sea, show them videos, but they won’t listen. This is beyond my role as a police officer. It is crucial that civil society organizations work with the youth and act on this.”

The partnership between ICMC Europe and DIADEM is part of the MADE West Africa program co-funded by the European Union. 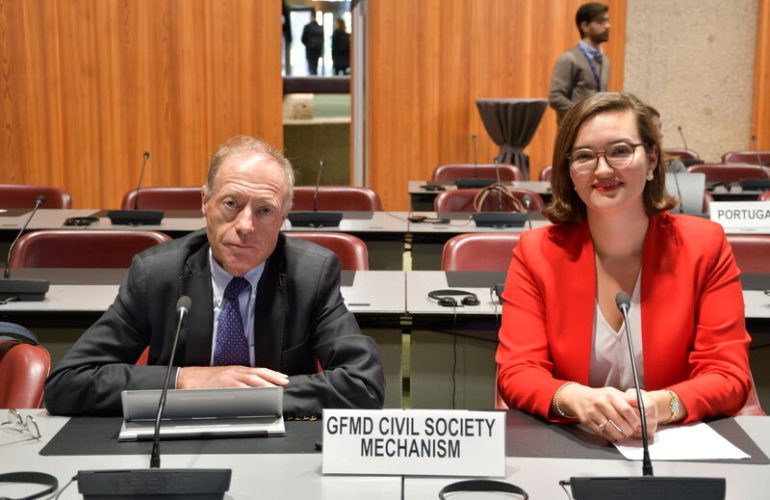 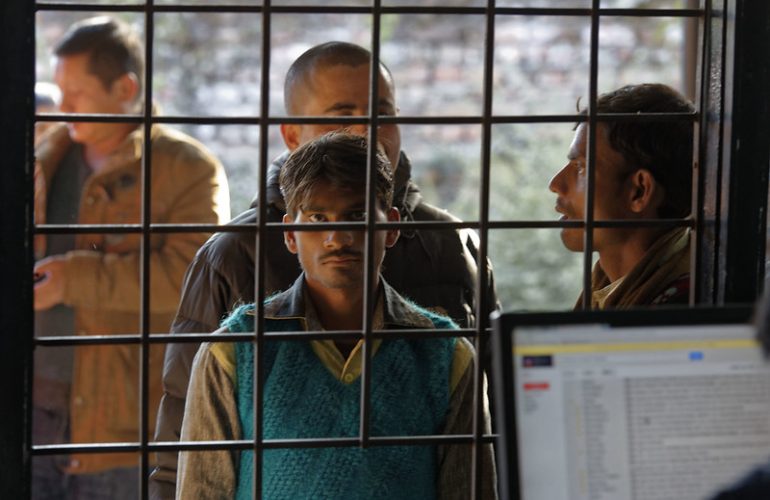