The emerging Global Compacts on Migration and Refugees offer key advocacy opportunities for civil society and Church organizations committed to assisting migrants and refugees around the world, agree experts.

“We are all part of one big family on the move,” stated Fr. Michael Czerny, one of two co-undersecretaries of the Vatican’s Migrants and Refugees Section. He was speaking at a panel discussion during the International Catholic Migration Commission (ICMC) Council Plenary Meeting held in Rome from 6-8 March.

The panel discussion focused on the status of negotiations of the Global Compacts on Migration and on Refugees, as well as on the Church’s advocacy role for refugees and migrants.

Origin and Current State of the Global Compacts

Looking back at the process that led to the drafting of the Compacts, ICMC Director of Policy Stephane Jaquemet recalled the High-Level Meeting on large movements of migrants and refugees at the United Nations General Assembly in September 2016.

“Unfortunately, while being a very good text, the New York Declaration … created two separate processes with different actors, methodologies, and objectives,” said Jaquemet. “So, from the beginning, each of the processes took its own path, and as we advance they move apart,” he said, however it would be important to build bridges between both Compacts.

Whereas the Compact on Refugees focuses on ensuring better funding and support in case of major crises, and on improving international solidarity and responsibility sharing when such emergencies arise, the Compact on Migration is meant to be an exhaustive document addressing all aspects of migration.

Both processes began in 2017, with “zero drafts” made public in January 2018. After the first round of negotiations with States and civil society, new drafts, named “draft one”, were published in March. Both agreements are expected to be finalized and adopted by the end of the year.

Draft zero of the Refugee Compact appeared as a “timid and prudent” document to many civil society organizations, Jaquemet said, something admitted by the UN Refugee Agency (UNHCR), which leads the drafting process. The negotiations and second drafting strengthened the document.

Different was the case of the zero draft of the Global Compact on Migration. Many saw it as a good, principled text with a clear focus on human rights and the dignity of migrants, Jaquemet explained. Unfortunately, though, it is being challenged by several States with restrictive migration policies.

Among the most contentious issues of the Compact on Migration, Jaquemet reported readmission agreements and forced returns, with some Western countries putting pressure on countries of origin to readmit their citizens. Detention is also a thorny issue since a number of States challenge the idea that it should be the last resort in migration management. “Some States also disagree with the absolute prohibition of the detention of minors,” Jaquemet warned.

Regarding the Compact on Refugees, solidarity between countries is one of the toughest issues, according to Jaquemet. Frontline countries which receive the largest number of refugees are unhappy with other countries’ increasingly restrictive resettlement policies and budget cuts. Formal commitments on responsibility sharing are very difficult to achieve, he concluded.

The Role of the Catholic Church

Since Pope Francis created the Section for Migrants and Refugees within the Dicastery for the Promotion of Integral Human Development, the Vatican has been very active on the topic.

The Holy Father put the Section under his direction and appointed two co-undersecretaries with lifelong commitments to social justice: Fr Michael Czerny, and Fr Fabio Baggio, who also participated in the ICMC panel discussion.

The Migrants and Refugee Section works on four main areas: data collection; analysis and theological reflection; pastoral orientations and planning; and accompaniment to local churches. This work is strategically carried out in collaboration with Catholic organizations in the field, such as ICMC, Caritas, the Jesuit Refugee Service and others.

All four aspects are fundamental to implement Pope Francis’ vision: to welcome, protect, promote and integrate migrants and refugees. The Vatican further elaborated this vision into 20 Action Points, which represent a collection of best practices emerging from the work of the Church.

The fundamental principle, according to Father Czerny, is that “migration should be a choice.” The Church advocates for a right to remain, to ensure that migration is truly voluntary. “People should not be forced to choose between staying or surviving.” But if people do move, “they should feel that the Church is with them, that they are welcome and accompanied,” Fr Czerny said.

The Church’s advocacy is based on the real-life experience of faith communities that work directly with refugees and migrants. “We understand advocacy as making the best resources of the Church available in the public area. We present our experience and our results to governments and all those interested in listening,” stated Fr Czerny.

The work of the Section is not just to assist and empower churches in carrying out advocacy work, but also to advocate directly with States and international institutions, as well as with the European Union. The EU has received the 20 Action Points particularly well, Fr Baggio said.

He also highlighted some positive, if small, steps towards welcoming refugees, like the humanitarian corridors in Belgium and France, and the UK private sponsorship program. “The hope is that this trend will continue and grow.”

The obstacles to achieving welcoming societies should not be underestimated, said Fr Baggio. Members of communities in host countries have fears that need to be taken seriously.

At the same time, it is essential to highlight the positive contributions of migrants to host societies. Countries with a long history of receiving migrants and refugees demonstrate how their arrival enriches, empowers and develops host communities, he concluded. 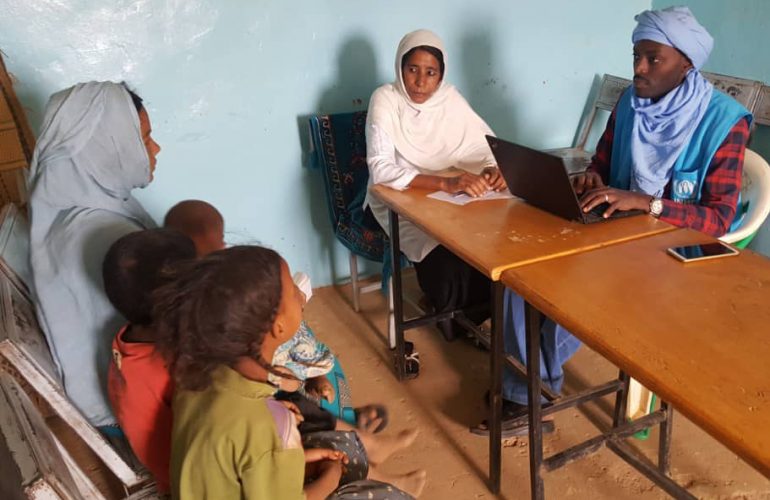 Because of their geographical proximity with conflict zones, low- and middle-income countries carry most of the burden of caring for… 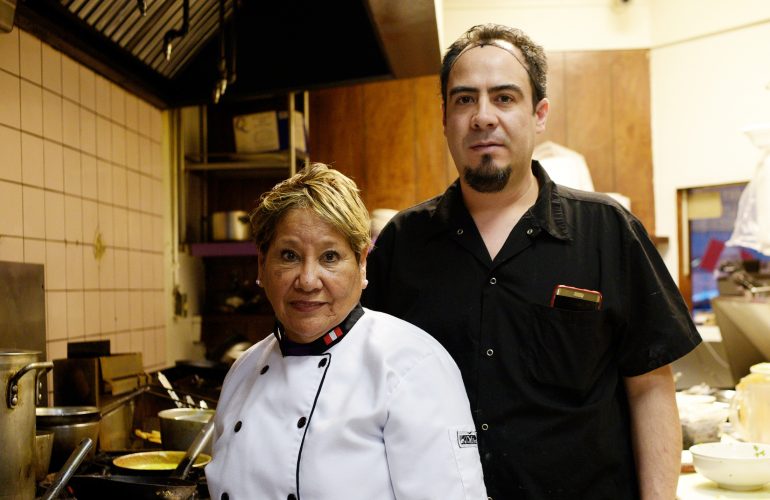 Even as the COVID-19 pandemic has halted most international travel, the Global Forum on Migration and Development is more important… 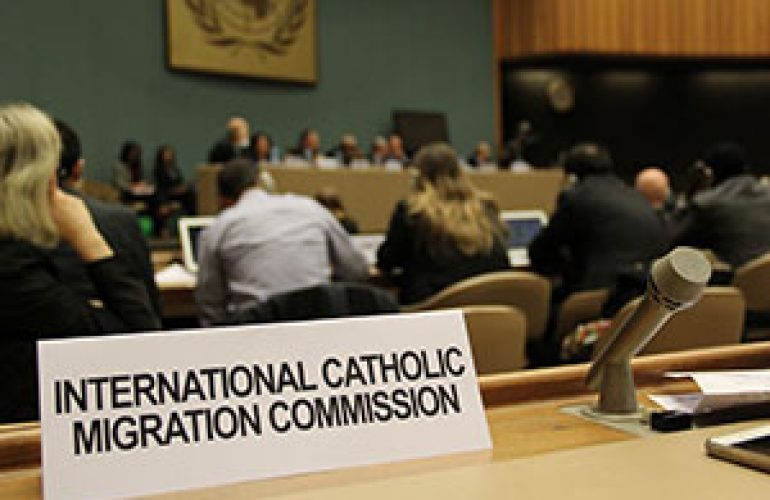